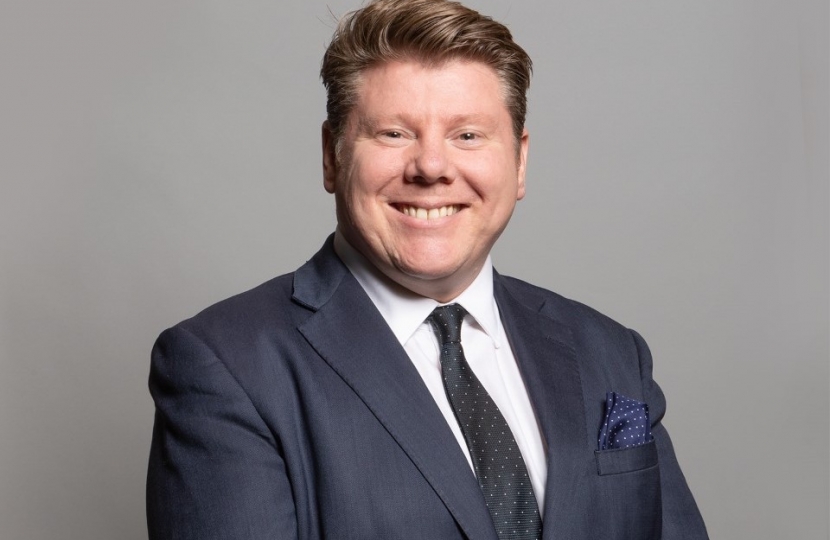 Scrap dated planning laws to get us building smarter

As the prime minister announced sweeping measures to get the country moving again, I felt more than a sense of relief. Over recent years, the pressure of government and the constant knowledge that an election is only a few years away have often made it difficult to have truly long-term ambitious plans. Now, we can finally look ahead at where and what Britain should be.

Even the harshest critic of government plans could not argue with the premise that planning and development rules in the country have proven to be outdated. The consequence has been that many town centres and high streets are not able to fulfil their potential for either businesses or as affordable places to live.

Changes to the decades old planning laws introduced as part of the prime minister’s “build, build, build” project are designed to allow for greater freedom for spaces in town centres and high streets to deliver the needs of local communities.

While some attempt to paint these changes as a free-for-all for property developers, this simply is not the case. There is no doubt the high streets, and especially the hospitality sector, has suffered over the past decade; the digital economy has been hit hard and Covid-19 has come at a time when many were already struggling to keep ahead of the rapid changes in consumer behaviour.

The new strategy is perfectly designed to counter these challenges and ensure space within our towns and cities is used effectively. It means that existing buildings such as office blocks that lie empty can be utilised and adapted without being hampered by red tape, avoiding the need to build high rises.

It is undoubtedly wrong that for decades young people and those on low incomes have been unable to buy their first home near their family or workplace while offices in the same area are left empty simply because of outdated rules. That’s why the government strategy must be applauded for enabling a commonsense approach to delivering new homes from the regeneration of vacant and obsolete buildings. It’s not about bricks and mortar alone but aspiration and community.

The crux of these changes is that unused property in desirable areas can be speedily transformed into something useful, such as affordable housing, a café or offices.

We have planned our towns in the same way our grandparents would have done. The world has changed but the rules have not. The traditional market model design for when people had to buy their goods from local shops has become replaced by the online revolution that delivers food and goods of all kinds to your door. By reducing the red tape that surrounds building permission, we can finally start building for this generation and the next while also giving an urgent lifeline to our shopkeepers and small businesses to adapt and thrive as our communities evolve.

In my constituency of Watford, we are not blessed with an abundance of brownfield land to build houses on. As the second smallest constituency in England outside of London, development has long been an issue many in the community have been concerned about. However, elsewhere in the country, there is untapped potential, or rather, untapped buildings, that are left empty. I am clear that these changes are a positive step for places such as Watford, because it means we can level up across the country rather than focusing attention on already dense areas. The opportunity this brings is to ensure that local councils do not need to build high rises, but to build smart by using existing infrastructure.

Despite the awful backdrop of Covid-19, there have been some positives — most notably about the future of the office. Working from home has prompted many to question why so much of their lives has been spent travelling to an office to do work they could have completed earlier from home. Demand for flexi or complete home working will likely rise as people seek an alternative a to commuting and the associated costs. As such, we are likely to see yet more office space being made vacant.

These radical reforms are the result of previous inaction. The Conservative Party was not elected purely because it was trusted to run public finances and public services but on a promise to do things differently and create a Britain reaching its optimal productivity. Its landslide victory knocked down the red wall — now we will cut through the red tape to help level up the United Kingdom.