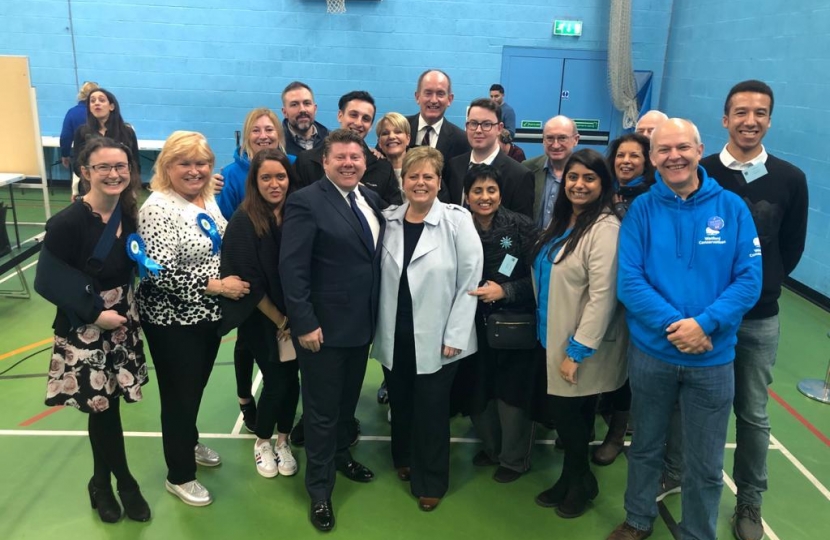 As many of you will be aware, Dean Russell was elected MP for Watford on Thursday, and is one of the 109 newly appointed Conservative MPs being welcomed to Parliament today by the Prime Minister.

Every election campaign is a group effort, and Dean would like to thank each and every person who was involved in canvassing, promoting and supporting him during his campaign, particularly the local Conservative members (pictured). Their positivity, passion and energy were instrumental to the Conservative hold in Watford.

Dean would also like to thank everyone who voted for him, for trusting him to deliver on the issues that matter to them, both local and national. From his first day in office, he will be working tirelessly on real solutions to these important issues.

As he confirmed: "I​ didn’t make the pledges I campaigned on so I would win; I wanted to win so I could deliver the pledges I made." Dean's priorities now are the same as during his campaign: mental health, the environment, jobs, transport and health services.

This week, he will be in Parliament. From then on, he will be sharing regular updates on his activities.
So far:

Dean will be organising visits to each ward in the coming weeks to ensure that all residents have a chance to speak to him personally and to show that he fully intends to be as active on local issues as national issues.

Dean will also be supporting Conservative candidates for Mayor and local councils when the elections occur, to #keepWatfordblue.

Dean visited a Samaritans event in Parliament. Combating loneliness is one of his priorities so it was great to chat about how we can try to ensure that nobody is without a friendly face or listening ear.