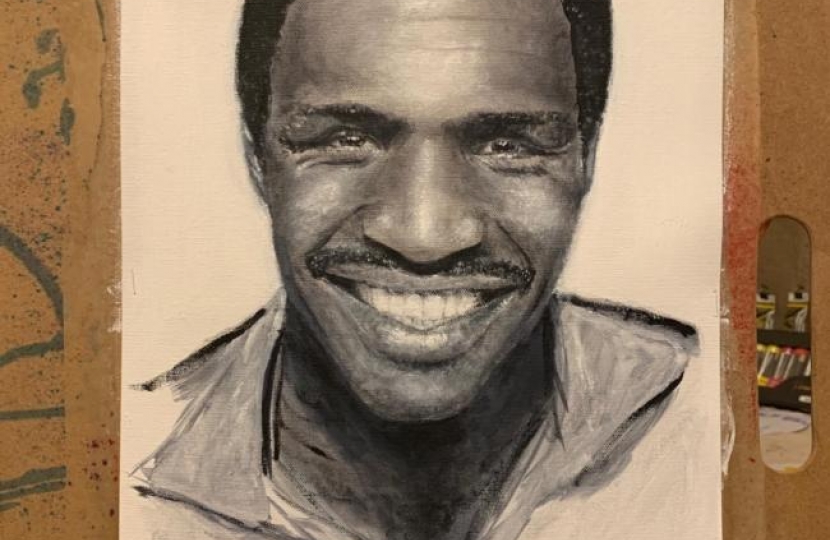 THIS picture of Hornets legend Luther Blissett is among the items of Watford FC memorabilia currently being auctioned online for the town’s Covid-19 appeal.

The portrait has been signed by the club’s record goalscorer and the artist, Watford MP Dean Russell, and the bidding stood at £400 as the Watford Observer went to press.

The picture was one of a number of auction items that were donated last Sunday when Watford Mayor Peter Taylor held his weekly Big Bold Community Quiz on his Facebook page.

Mr Taylor co-hosts the quiz with Mr Blissett, who had got together a number of his former club-mates from Watford’s 1984 FA Cup final side on what should have been the weekend when the annual Wembley showpiece is played.

You can see the full list of auction items and bid here. Bidding is due to close at 9pm on Sunday, June 7.

A partnership between Watford & Three Rivers Trust and Watford Borough Council, the Watford Helps Covid-19 appeal has so far raised at least £140,000 for the town’s good causes.

To watch the full video, please find the link below: