Dean Russell: As a volunteer in my local hospital, I’ve seen at first hand the damage done to NHS staff morale by fearmongering 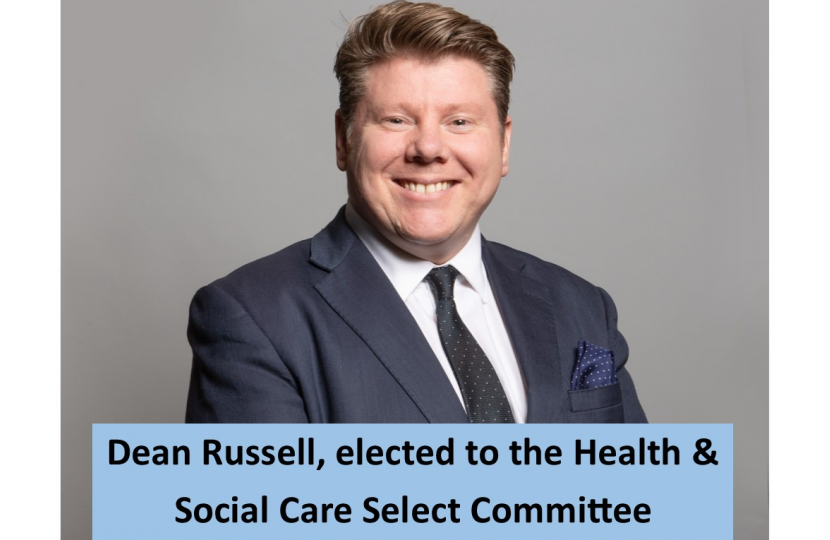 Dean Russell is the MP for Watford and a member of the Health & Social Care Select Committee.

Concurrent with Matt Hancock’s recent announcement about the creation of the National Institute of Public Health (NIPH) came the usual reactionary political cries that this means the NHS is under threat of privatisation.

The sad truth is that whilst politicians are repeating old myths like a broken record, they once again fail to look at the actual record of the NHS under the Conservatives since its inception in 1948; in doing so, they are causing genuine distress to those who are most vulnerable.

I understand that old habits die hard when it comes to political fearmongering; however, in the efforts to win votes through these repeated false claims, they are only hurting the very people they claim to protect – health and social care workers.

The problem with these entrenched and unfounded claims around NHS privatisation is that politicians make it difficult to be open about where issues exist within these large institutions, which, in turn, means that front line staff are the worst hit.

Just recently, I was fortunate to spend a day with St John Ambulance and meet hospital staff who they had been volunteering alongside during the crisis. They all made the point that that pre-Covid the levels of red tape and bureaucracy needed to enable St John Ambulance to help volunteer on wards would have been too immense ever to see it happen.

The nature of the Covid crisis enabled the NHS to be allowed to utilise the assets that an organisation like St John Ambulance teams can provide. This additional workforce during such an unprecedented crisis has provided invaluable support to NHS staff. I am confident if any Conservative politician had tried to suggest this last year, they would have been lambasted for attempting to undermine NHS staff or for putting the UK on a “slippery slope” towards privatisation.

Since March, I have volunteered with my local hospital – something I feel incredibly fortunate to have been able to do as it enabled me to support the frontline in action.

What struck me at the height of the crisis was how impacted NHS staff were by some sections of the media and those who engaged in baseless NHS political point-scoring. When the news was reporting the country was running out of PPE, despite the fact my local hospital had stock, I could hear the concern in the voices of some staff that they thought they were about to run out imminently.

Like the rest of the country, NHS staff, too, are watching the news day after day. When they hear a constant flow of the absolute worst-case scenarios presented as the norm, it understandably affects their anxiety levels.

Whilst the NHS has been presented with challenges it had never faced before, the unhealthy obsession with scaremongering poses a threat to NHS employees mental health and the morale of the nation.

Our NHS is the most prized possession in the Government’s arsenal, and it has become a proud cultural symbol for Britain. The uncorroborated and alarmist claims by part of the media and fed by some politicians deny honest and nuanced debate about the issues facing the NHS and social care both during Covid and looking long-term.

One of the many reasons I am proud to be a new MP as part of the 2019 intake is because of our Party’s renewed focus on health social care. During Labour’s time running the NHS, use of Public Finance Initiatives (PFI) increased to the point that even The Guardian described its crippling effects on hospital budgets.

It was Hancock who wrote £13.4 billion off hospital debts, much of which had accumulated due to PFI contracts. It was formerly Chancellor Phillip Hammond who ended the use of PFI and PF2 contracts. It was the last Labour government who privatised Hinchingbrooke Hospital, which the Conservatives then took back into public ownership in 2015.

More recently, the opposition has found itself at odds with the CMO and BMA over attempts to change testing policies through an amendment in Parliament. Even during the early history of the NHS, it was Labour who introduced prescription charges along with charges for spectacles and dentistry.

As a member of the Health and Social Care (HSC) select committee, I don’t shy away from being critical myself. I am aware of the need for transformation in many areas. It has been clear to me that the parity of esteem between physical and mental health, for example, needs addressing much more robustly. As does the parity between NHS and social care workers.

The good news is I believe the decision-makers for these areas have heard this call loud and clear from the very top and are focussing on solutions.

The announcement by Hancock mid-August regarding the creation of the NIHP was an important step that sadly once again had to battle against the noise of opposition repeating the old “privatisation” rhetoric.

For anyone who listened carefully, they would have heard this critical line at the end of the speech. The Secretary of State said, “It (NIHP) will work hand in glove with the NHS, and it will use the most modern, cutting-edge digital and data analytics tools at its core.” Such remarks are not about privatisation, but about a new era of agile government supported by highly capable health agencies.

The easing of unnecessarily bureaucratic systems, the harnessing of technological capabilities, the rise of telemedicine and enhancing the powers of frontline staff should now become the new norm for healthcare.

We have also seen a robust partnership with AstraZeneca and others with the vaccine development, the use of private healthcare facilities for public purpose and the building of the Nightingale Hospitals’ at a record pace. The Government will enable the NHS to spend £10 billion over the next four years on private hospitals to tackle waiting lists.

Not one aspect of this has been a drive towards privatisation, but a more collaborative way of working that aims to benefit patients and staff.

I am not arguing that the Government shouldn’t be put under intense scrutiny by the opposition – in fact – I welcome it. We must end this knee-jerk media scaremongering that only puts fear into the most vulnerable and those working on the frontline.

What we need is a visionary approach to healthcare for this century if we want to seek ways improving patient outcomes and being the best possible employer for Health & Social Care staff. 65 per cent of the NHS’s history has been under a Conservative government, and privatisation simply has not happened under our watch.