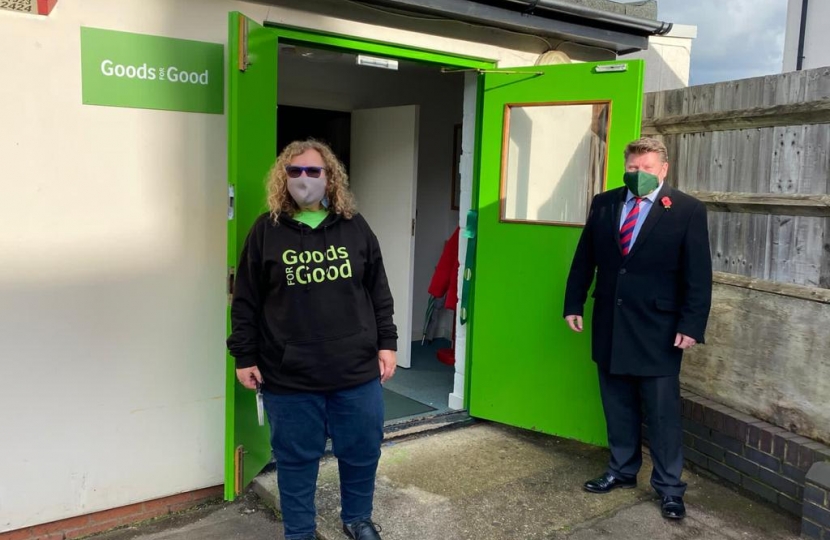 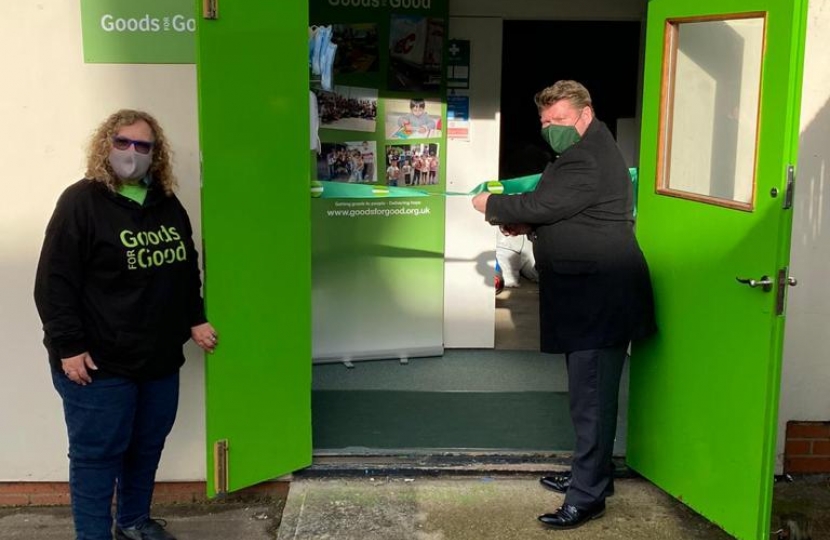 Having outgrown their facility in Borehamwood Goods for Good have opened the doors to their new premises in Watford. CEO and Founder, Rosalind Bluestone was joined by MP Dean Russell for the official opening.

Goods For Good is a small British charity that was set up in 2014 by Rosalind at her dining room table in Borehamwood. Six years on the charity has grown in size and impact. With a lean staff-team of three (soon to be four) it’s supported by a valuable network of 250 volunteers. To date the charity has delivered over £21 million worth of donated goods globally to vulnerable people in need in the UK and 24 countries overseas, including Eastern Europe, former Soviet Union, the Middle East, Africa, and the Philippines.

The move to Watford marks a significant milestone for the charity. With more space, they are able to scale up the rate at which they collect unsold goods from industry and preloved items from the community. The new premises in Watford gives more capacity to sort and categorise items as they come in and allows staff to quickly respond to community appeals, easily locating and despatching what they need.

Rosalind Bluestone said "Since the pandemic the demand for local help has greatly increased. With thanks to the National Lottery Community Fund and funding from Comic Relief the charity has been able to increase its activities supporting more weekly requests from UK charities supporting vulnerable people – such as emergency foodbanks, housing associations and asylum seekers’ drop-in centres. Working with 30 UK organisations who support the UK’s most vulnerable people, in the past six months, we have reached over 27,000 recipients with hygiene goods, clothing, food, sleeping bags and bedding. These are people that are homeless, isolated, single parent families, people with mental health issues and refugees and asylum seekers.

Goods For Good works hard to alleviate poverty and reduce waste by delivering essential, life-changing goods to those in urgent need in the UK and internationally. We are very grateful to Dean for joining us for the opening of our new facility and for his continued support for the charity. Having recently joined the team in response to an SOS from the Philippines, he helped us pack up school stationery goods for children in mountainous regions where there is no internet connectivity. Dean packed and loaded up the goods, which were collected by the UK owners of Pooten Forwarding International, who help with shipments to the Philippines. It’s great to have him back to share this special moment with us."