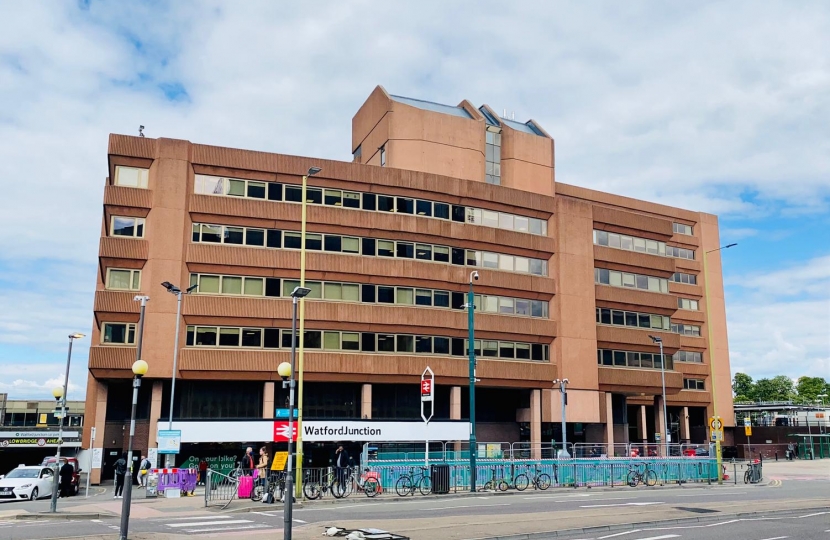 There are aspirations to introduce a 'passing loop' on the Abbey Line, which runs between Watford Junction and St Albans Abbey. Currently it is one single line running every 45 minutes.

As it is a single line, it is not possible for trains to run in both directions at the same time - but a railway group has spent years trying to change that and has received the backing of Watford’s MP.

The Abbey Flyer Users Group wants to create a 'passing loop' helping to improve the frequency of train journeys and the government announced this project had been successful in funding to take the proposals further.

The Abbey Line is one of ten projects which will share £500,000 from the Ideas Fund from the larger Restoring Your Railway Fund. This money will help those involved in the Abbey Line plans progress their proposals towards developing a business case.

Dean Russell MP said: “I am delighted that we will now receive Government funding to develop proposals for the Abbey Flyer Passing Loop in more detail, which will bring huge benefits to people living and working in Watford. I know some people have said that the line is under-utilised, but this why I believe it needs investment.

"The bread and butter of what commuters in Watford say they want is reduced waiting times and increased speed of journey. The Abbey Flyer Users Group have worked tirelessly to secure proper investment and I was delighted to support their proposal. I would also like to thank my colleague Daisy Cooper MP and Hertfordshire County Council for collaborating in supporting this proposal."

Derrick Ashley, Hertfordshire county councillor and chairman of the Abbey Line Community Rail Partnership, added: "The county council has been pushing for a passing loop for many years to improve transport, reduce congestion and support the local economy. This announcement is a significant step towards achieving our goal."