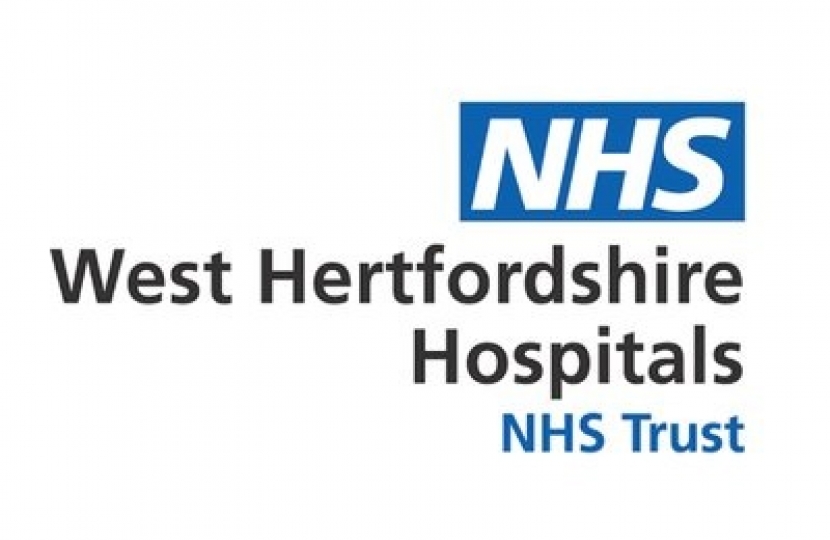 Now is your chance to have a say on the future of health services in Watford. West Herts NHS Hospital Trust is currently running a survey and they want to hear from local residents.

A significant investment is in reach and there is a once in a generation opportunity to transform our hospitals and enhance the patient experience.

Next month the Trust will approve a shortlist of site options but prior to doing so, they want to hear from you.

All of the proposed shortlisted options are based on the current three site configuration and feature Watford General Hospital as the focus for the major share of the potential investment.

This is the site where which receives the highest number of patients and those with the most acute clinical need.
Crucially the Trust’s preferred option also includes making improvements to urgent and planned care services at Hemel Hempstead and St Albans hospitals.

This includes a new build urgent treatment centre and new diagnostic facilities at Hemel and a new rapid diagnostics centre and improvements to theatres at St Albans.

The existing site at Watford General is just over 73,000 square metres and has huge potential with sufficient space for new buildings. It also has a new access road and essential utilities and additional flexibility because of its adjacency to the Watford Riverwell Development. Construction would be sequential and planned very carefully to keep services operational and minimise disruption to existing services.

The planned multi-storey car park will free up significant space on the site currently used as parking. With the funding that is on offer, up to 90% of the buildings would be new and there would be a massive increase in single rooms.

Much has been said about the proximity to the Football Club but a lot of this dates back to before the new access road was put in - which has made a huge difference. It also has an ambulance-only section so that emergency patients can be brought in as quickly as possible. A significant amount of public money has already been spent on redeveloping the A&E and other wards.

I have seen for myself that having Watford FC as its neighbour has actually been an amazing bonus this year and really helped the hospital by giving the hard-working staff much-needed respite.

There is match day traffic on alternate weekends during a normal season and occasionally in the evening, but these aren’t peak times for the hospital and new access road makes it possible for hospital traffic to avoid Vicarage Road.

I think it is also really important to point out that more than 40% of the staff working at Watford General live in Watford and Three Rivers, and many live within walking distance to Watford General.

Crucially, if the new site option can’t be delivered on time and to budget, then everyone is at risk of losing out. Identifying a new site and obtaining planning permission would take years, and this should not be underestimated.

There is limited money and a long list of other hospitals who would relish the chance to bid for hundreds of millions of pounds, so we need to start getting on with redevelopment plans.

Transforming Watford will be quicker and cheaper than a new emergency and planned care hospital on a new site.
A significant amount of public money has already been spent on redeveloping the A&E and other wards.

To me it makes sense to improve the existing facilities and structures and bring our much-loved hospital into the 21st Century. So I will wholeheartedly be supporting Watford as the new site.

Don't miss out - complete the survey before the deadline at midnight on Tuesday 15th September: https://re-url.uk/WQ8D